Placed In side of Niritos mountain near to Hommer Laerti's field under the protector of lthaca "Virgin Mary of Kathara",…
© Free Joomla! 3 Modules- by VinaGecko.com

The island has been inhabited since the 2nd millennium BC. It was the capital of Cephalonia during the Mycenaean period. The Romans occupied the island in the 2nd century BC, and later it became part of the Byzantine Empire.

The Normans ruled Ithaca in the 12th and 13th century, and after a short Turkish rule it fell into Venetian hands. Ithaca was then occupied by France under the 1797 Treaty of Campo Formio. It was liberated by a joint Russo-Turkish force in 1798, before becoming part of the Septinsular Republic. It became a French possession again in 1807, until it was liberated by the United Kingdom in 1809. Under the 1815 Treaty of Paris, Ithaca became a state of the United States of the Ionian Islands, an amical protectorate of the United Kingdom. Under the 1864 Treaty of London, Ithaca, along with the islands, were ceded to Greece as a mark of cordiality with Greece's new king, the Anglophile George I. 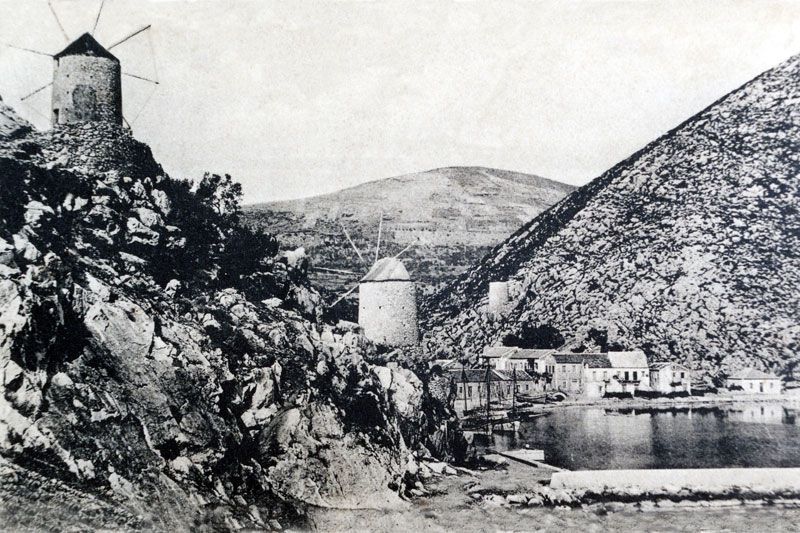 The origin of the first people to inhabit the island, which was during the last years

some of the population migrated to part of the island. The buildings and walls that

were excavated showed the lifestyle of this period had remained primitive. 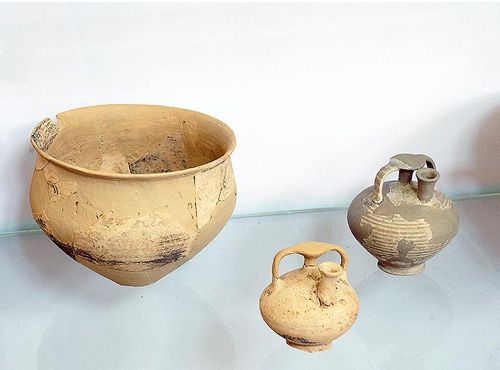 level of its ancient History. The island became the capital of the

Cephalonian states, which included the surrounding lands, and was

referred to as one of the most powerful states of that time. The Ithacans

were characterized as great navigators and explorers with daring

expeditions reaching further than the Mediterranean Sea. The epic poems

of Homer, the Iliad and the Odyssey, may shed some light on Bronze-Age

Ithaca. Those poems are generally thought to have been composed

sometime within the 8th to 6th centuries BC, but are based on older

mythological and poetic traditions; their depiction of the hero Odysseus,

and his rule over Ithaca and the surrounding islands and mainland, may

preserve some memories of the political geography of the time.

After the end of the Mycenaean period, Ithaca's influence diminished,

and it came under the jurisdiction of the nearest large island. 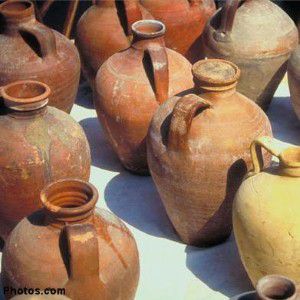 During the ancient Hellenic prime (800-180 BC) the Corinthians neglected

the small and barren island. Independent organized life continued in the

of Aetos, the town Alalcomenae was founded. From this period, many

objects of important historical value have been found during excavations.

image of Odysseus which suggest that the island was self-governed.

According to the different periods, the conquerors and the circumstances,

the population of the island kept changing. Although there is no definite

numerical information until the Venetian period, it is believed that from the

Mycenaean to the Byzantine period the number of inhabitants was several

thousand, who lived mainly in the northern part of Ithaca. During the

Middle Ages, the population decreased due to the continuous invasions

of pirates, forcing the people to establish settlements and live in the 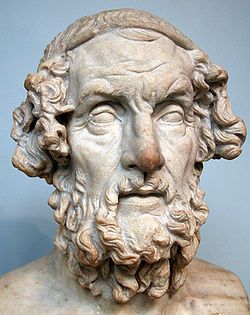 In 1479, Turkish forces reached the islands and many of the people fled from the island out of fear of the new Turkish settlers. Those that remained hid in the 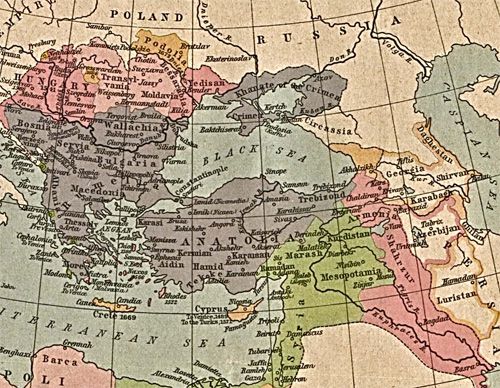 A few years after the French Revolution, the Ionian area came under the rule of the First French Republic (1797–1798), and the island became the honorary capital of Cephallonia, Lefkada, and part of the Greek mainland, which formed the Frenchdépartement of Ithaque (the prefecture was at Argostoli on Kefalonia).

The population welcomed the French, who took care in the control of the administrative and judicial systems, but later the heavy taxation they demanded caused a feeling of indignation among the people. During this short historical period, the new ideas of system and social structure greatly influenced the inhabitants of the island. At the end of 1798, the French were succeeded by Russia and Turkey (1798–1807), which were allies at that time. Corfu became the capital of the Ionian States, and the form of government was democratic, with a fourteen-member senate in which Ithaca had one representative.

The Ithacan fleet flourished when it was allowed to carry cargo up to the ports of the Black Sea. In 1807, according to an agreement with Turkey, the Ionian Islands once again came under the French rule (1807–1809 AD). The French quickly began preparing to face the British fleet, which had become very powerful, by building a fort in Vathy.

Prominent citizens of Ithaki participated in the secret "Filiki Etairia" which was instrumental in organizing the Greek Revolution of 1821 against Turkish rule, and Greek fighters found refuge there. In addition, the participation of Ithacans during the siege of Messologi and the naval battles with Turkish ships at the Black Sea and Danube was significant.

Website: ithacorama.com Email This email address is being protected from spambots. You need JavaScript enabled to view it.